“We are currently considering four projects in Moscow. Among them : a high-tech clinic on the territory of the Skolkovo medical cluster (1), a boarding home for seniors (2), a clinic for the Federal Ministry of Labor to help injured people at work (3) and a hospital (4).”

The Moscow city hall reported that the construction of the high-tech clinic in the Skolkovo medical cluster will start in Q1 2020.

A draft of the future clinic will be presented before the end of 2019.

Orpea Group goes through the last administrative stage. The French holding will invest EUR 6 million in modern technologies and medical equipment, announced the Moscow News Agency, while the Moscow city hall will fund the construction of the building.

“This clinic was initially only engaged in the medical rehabilitation of older people […] Then it expanded its activities and now must provide services to patients who need care after surgery, for obesity cure, as well as treatment for the recovery of both muscle and motor apparatus after injuries” explained Emmanuel Masson.

The patients will receive care from medical specialists in the gym and the pool of the future clinic, equipped with all kinds of simulators to restore the stability and the balance when moving.

The planned area of ​​the project will be about 20 thousand square meters. There will be a hospital with 200 beds and an outpatient department with 50 beds.

The clinic is scheduled to open in 2022 and would receive about 3.5 thousand patients per year.

A branch of the clinic would be built with the design of the French architectural bureau ADMS, based in the South of Paris.

“We have studied the market and we have understood that in Moscow there will be a demand for those services that we are ready to provide” commented Emmanuel Masson.

The CEO stressed that projects of clinics and boarding homes for seniors in Saint Petersburg and Irkutsk are also considered.

“In addition, negotiations are underway to open a specialized clinic for the state owned JSC Russian Railways”, concluded Mr. Masson.

It was reported earlier this year that under the agreement signed with the French holding Orpea Group, a centre for high-tech rehabilitation would be built on the territory of Skolkovo Innovation Center.

The French business daily announced last August that Orpea Group concluded a partnership with Bpifrance and the Russian Direct Investment Fund to open a first care clinic in Moscow.

Orpea Group is not the first foreign investor interested by the Russian market.

Indeed, the Israeli clinic “Hadassah”, the South Korean hospital “Bundan” and the Spanish clinic “Roman Fernandez” are already stakeholders of the project aiming at creating an International Medical Cluster (IMC) within the Skolkovo Innovation Center.

Twenty five foreign clinics and five investors would have been interested by the project, attracted by the favourable business climate in Russia.

Last May the decision was made to double the territory of the cluster: from 425 thousand square meters, the area will increase to 858 thousand.

“The international medical cluster has a unique status – foreign clinics with their specialists can write the appropriate prescriptions, treat them using international technologies, including drugs that are not even registered in Russia”, said Sergei Sobyanin, the Mayor of Moscow.

The cluster will combine medical care, educational programs and research. The French branch of ORPEA Group in Russia will be the CLINEA High-Tech Rehabilitation Center.  Russian doctors, nurses, pharmacists and medical technicians will attend training programs within the centre.

“Medical rehabilitation helps accelerate the recovery of many patients after acute and chronic diseases, improve their quality of life, and reduce recovery time after injuries, including sports”, said Mikhail Yugay, CEO of the IMC Foundation that will manage the cluster.

The development of the cluster (IMC) is guided by energy efficiency, environmental friendliness and ergonomics. International standards for sustainable design and construction are taken into account during the construction of infrastructure. From ventilation to water supply, the efficient use of resources is monitored.

Created in 1989, Orpea Group is a European leader in global dependency care services. The holding owns a network of 951 facilities comprising 96,677 beds (17,388 of which are under construction) across 16 countries (12 in Europe, and also in China, Brazil, Chile, Uruguay), reported the corporate communication.

Thank you for being our reader !

You can contact us for advice on your business project in Russia, Ukraine, Belarus or Kazakhstan : contact@eurasianetwork.eu 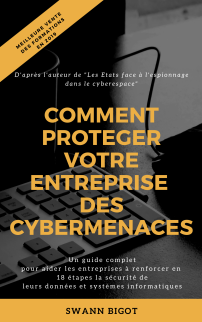