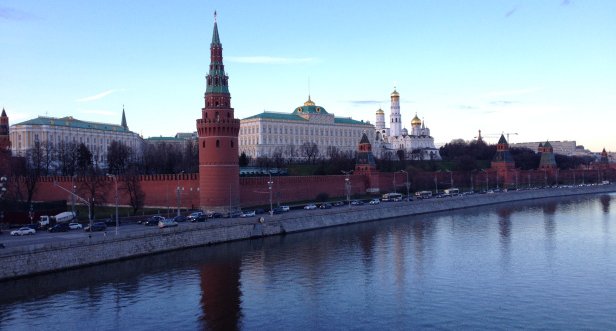 These fresh sanctions are taken to maintain US pressure on Russia until the full implementation of the Minsk agreements, aimed to solve the Ukrainian conflict which broke out in 2014, according to the OFAC press release.

They came on the same day that U.S. Secretary of State Rex Tillerson met with Ukrainian President Petro Poroshenko in the Swiss resort of Davos and when the U.S. special envoy for the Ukrainian conflict, Kurt Volker, was due to meet with his Kremlin counterpart, Vladislav Surkov, in the Gulf city of Dubai to discuss ways to resolve the fighting such as the deployment of a UN mission in Southeastern Ukraine.

US Secretary of State Rex Tillerson has earlier emphasized that “Russia’s interference in Eastern Europe, and particularly in Ukraine, represents a major roadblock to better US-Russia relations.”

The legal consequences of this new round of OFAC sanctions are the following :

Moreover, the US Treasury Secretary Steven T. Mnuchin stated that :

“Those who provide goods, services, or material support to individuals and entities sanctioned by the United States for their activities in Ukraine are engaging in behavior that could expose them to U.S. sanctions.”

Private companies and individuals must be aware that consequences of breaching sanctions are serious. Indeed, several major financial institutions have already been sentenced to pay multi-million dollar fines and subjects to settlements with tough regulators for violation of embargoes and financial and trade sanctions.

Punishment can even be imprisonment for executives of companies involved in the violation of regulations. In the light of fresh restrictive measures against Russia, sanctions compliance remains critical.

Who is targeted by the new US sanctions ?

Russian individuals have been added to the OFAC sanction list updated on January 26 for holding official positions in the Government or doing business with or on behalf of sanctioned entities.

One of them is the Deputy Energy Minister Andrey Cherezov, already targeted by sanctions of the European Union for the delivery of Siemens gas turbines to annexed Crimea in August 2017. OFAC designated Cherezov for being an official of the Government of the Russian Federation.

Moreover, Evgeniy Grabchak, Head of Department in the Russian Energy Ministry and responsible for the development of electro-energetic projects in Crimea, is targeted by the new OFAC sanctions. The European Union already put him on its sanction list.

Besides, Aleksandr Pentya, Vice President of the JSC ABR Management, registered in Saint Petersburg in 2011 for strategic management of banking assets of Bank Rossiya, was added to the sanctions list. Note that Bank Rossiya is already targeted by OFAC sanctions, being controlled by members of the Russian President Vladimir Putin’s inner circle. The bank has been described by the US Treasury Department as “the personal bank for senior officials of the Russian Federation.”

In addition, Evro Polis Ltd., a Russian company that has contracted with the Government of Syria to protect Syrian oil fields is targeted by the new sanctions.

Furthermore, Bogdan Kolosov who works as Department Manager for Customer Service within the Russian transportation services company Instar Logistics, was added to the OFAC sanctions list as well as this company, for having coordinated a shipment of weapons of the JSC Kalashnikov Concern, a Russian weapon manufacturer also targeted by OFAC sanctions.

Then comes the Russia-based construction company AO VAD (INN : 7802059185) first registered in 1994 and its co-founder and General Director Valeri Abramov as well as its First Deputy General Director Viktor Perevalov, all added to the OFAC sanctions list.The company is now building the Tavrida Highway in Crimea, which is expected to provide transportation access and economic development to the peninsula through a system of newly constructed roadways that serve as primary connection to the Kerch Bridge which is going to link this territory to Russia by December 2018.

OFAC also designated one individual and two entities related to illegal transfer of German Siemens gas turbines to Crimea. Indeed, four turbines gas produced by a joint venture between the German company Siemens and the Russian PJSC Power Machines were transferred to Crimea in July 2017, despite contractual prohibitions and international sanctions. The European Union already sanctioned four of the individuals and entities involved in the operation in August 2017.

Note that PJSC Power Machines is owned by the Russian oligarch Alexey Mordashov, also known as being the Russia’s richest man and the 77.1% shareholder of PJSC Severstal, the giant of the Russian steel industry. Alexey Mordashov also owns stakes in gold producer Nordgold, in the European tour operator TUI and invested in National Media Group, Bank Rossiya and wireless carrier Tele2 Russia.

Finally, OFAC expressly identified subsidiaries of Surgutneftegaz as being 50 percent or more owned by this Russian oil and gas company, which was added to the Sectoral Sanctions in September 2014. The subsidiaries targeted were implicitly already subject to the same restrictions as Surgutneftegaz was already targeted by OFAC sanctions (“50 percent rule guidance”) :

The US Treasury Department’s OFAC also sanctioned 11 senior leaders of two Ukrainian separatist groups, the Donetsk People’s Republic and the Luhansk People’s Republic, as well as people and entities alleged to have provided them with material support. The OFAC described this measure as a part of an ongoing effort to hold accountable those responsible for violations of Ukraine’s sovereignty and territorial integrity.

The Russian Government will respond to fresh sanctions

After the publication of the new OFAC sanctions, the Russian Foreign Ministry announced in a press release that Russia reserves its right to respond to the expansion of sanctions : “If the US authorities prefer to break economic and other ties with Russia, it’s their right, as we reserve our right to respond.”

The Ministry also noted the “meaningless” of US sanctions policy and asserted again that Washington was behind the 2014 mass protests in Kiev that led to the ouster of then-President Viktor Yanukovych:

“It is time for Washington strategists to understand that with the sanctions policy which did not give and will not give any results but will only turn out to be financial losses for the American business, they demonstrate to the whole world their own powerlessness. And, of course, they will not be able to hide their role in the Maidan coup in Kiev and the outbreak of a civil war in Ukraine.”

“It is noteworthy that a few hours before the imposition of new sanctions, the US Ambassador to Russia Jon Huntsman, Jr. published an op-ed article in the newspaper The Moscow Times, in which he expressed his desire to improve Russian-American relations, finding solutions to common problems. As we see, Washington has not supported the plans of his Ambassador.”

These fresh sanctions against Russian individuals and entities came just days before the release on January 29 of the “Kremlin report” that is expected to further target the Russian President’s inner circle and a wider array of Russian businessmen and companies, raising concerns among oligarchs.

The upcoming “Kremlin report” was mandated under a law passed in August 2017 by US Congress that sought to punish Russia for its alleged meddling in the 2016 U.S. presidential election and other matters.

On January 12 the Russian business daily Kommersant revealed that the Trump administration is preparing to submit to the Congress a list of high-ranking Russian officials and businessmen close to the Kremlin, as required under Section 241 of the US law “Countering America’s Adversaries Through Sanctions Act.”

If details of the report have not yet been disclosed, informal sources of the Kommersant in Washington reported that more than 50 individuals can be targeted and with family members – up to 300 persons.

In addition, on January 17, the US senators Roger Wicker, Marco Rubio, Cory Gardner and Lindsey Graham called the Trump administration to continue to enforce the Russia sanctions program, sending an official letter to the US State Department, the US Ministry of Finance and the Head of National Intelligence. The four influential Republicans urged these institutions to include in the “Kremlin report” the Russia’s Prosecutor General Yuri Chaikaand the billionaire Alisher Usmanov. The last one is called by the US Congressmen as “one of the most influential oligarchs in Russia” and co-owner of a number of leading media outlets that have close ties with the Kremlin.

The document mentions that these individuals, according to international press reports and investigations, are involved in corruption schemes and their connections with US citizens and US companies raises a legal threat of violation of the Foreign Corrupt Practices Act (FCPA).

Regarding the consequences of being mentioned in the upcoming “Kremlin report”, the former US State Department coordinator for sanctions policy, Ambassador Daniel Fried, told journalists that :

In spite of these new sanctions and threats held by the “Kremlin report” the Russian Government made clear that Crimea was now a Russian territory and has not expressed any will to make significant concessions to its interests in negotiations over the Ukrainian issue.

Furthermore, the recent military and political gains of Russia in Syria, the Donald Trump’s verbal attacks on the Iranian nuclear deal, allegations of interference in 2016 US election and the Russia’s return in the geopolitics of the Middle East may not ease the decrease of tensions with the United States.

All these elements mean that finding common grounds and progressive lift of US sanctions against Russia is not expected to be soon and will require intense diplomatic work in order to avoid a full scale economic war between Washington and Moscow.

Sign up and get our business news right in your inbox !

29 thoughts on “New US Sanctions against Russia over Ukrainian conflict”