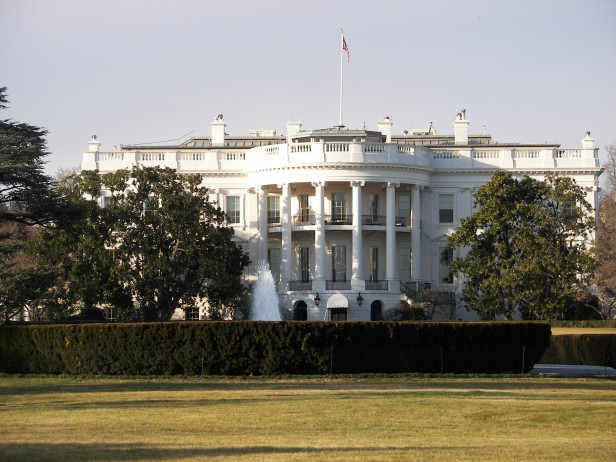 The White House released on March 2 a notice transmitted to the Congress related to the extension of sanctions against Russia for another year. – View on the White House, Washington, U.S. – Photo credit : S. Bigot, February 2012.

US President Donald Trump has extended the sanctions against Russia for another year, until March 6th, 2019, revealed a notice published by the White House. The restrictive measures against Russian individuals and organizations were imposed by the President Barack Obama in March 2014, in response to the political crisis in Ukraine and the actions and policies of the Government of the Russian Federation.

In the notice required under the US National Emergencies Act, President Trump notified the Congress that the White House will continue for one year treating the situation in Ukraine as “an unusual and extraordinary threat to the national security and foreign policy of the United States,” as defined by Obama’s Executive Order 13660, dated March 6th, 2014.

The US authorities have been gradually expanding the list of people and entities targeted by sanctions under four Executive Orders (E.O.s) related to Russia and Ukraine.

On January 26, the US Treasury Department’s Office of Foreign Assets Control (OFAC) announced new restrictive measures targeting 21 individuals and 9 entities. These fresh sanctions were taken to maintain US pressure on Russia until the full implementation of the Minsk agreements, aimed to solve the Ukrainian conflict which broke out in spring 2014, according to the OFAC press release.

Under these OFAC sanctions :

Moreover, the US Treasury Secretary Steven Mnuchin stated that :

“Those who provide goods, services, or material support to individuals and entities sanctioned by the United States for their activities in Ukraine are engaging in behavior that could expose them to U.S. sanctions.”

This extension of sanctions announced by the White House on March 2 follows the release on January 29 by the U.S. Treasury Department of the highly anticipated “Kremlin Report”, as required under Section 241 of the Countering America’s Adversaries Through Sanctions Act (CAATSA), a law voted by the U.S. Congress last summer with an overwhelming bipartisan support and reluctantly signed by President Donald Trump on August 2.

The publicly available part of this “Kremlin report” is a list naming 114 Russian senior officials and 96 oligarchs, who U.S. authorities say have gained wealth or power through association with the Russian President Vladimir Putin. However, the report is not a sanctions list, as explained the U.S. Treasury.

The CAATSA law only required U.S. Treasury to submit these reports, not to sanction the individuals and entities named in them. Nevertheless, information contained in the documentation will be then used to base future targeted sanctions, while the Treasury Secretary Steven Mnuchin said during a Senate Committee hearing on January 30 that “there will be sanctions that come out of this” and “in the near future, you’ll likely see additional sanctions.”