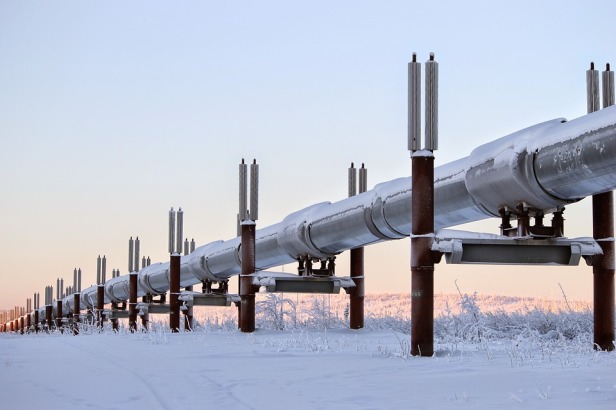 The Russian Gazprom and the Ukrainian Naftogaz, after long discussions in Berlin and Minsk, agreed on December 20 on the terms of settlement of their dispute by arbitration rendered in Stockholm as well as on the volumes and conditions of transit of Russian gas to Europe via Ukraine from January 2020, announced a spokesperson from Gazprom.

The new contract covers a period of five years, the Russian Deputy Prime Minister Dmitry Kozak told reporters. The contract must be signed before 1st January 2020.

Negotiations on the new gas transit contract were difficult and spanned several months.

At the political level, the gas conflict between Moscow and Kyiv was the subject of discussions on December 9 between presidents Vladimir Putin and Volodymyr Zelensky on the sidelines of the Normandy Format summit organized in Paris by the French president Emmanuel Macron.

The European Commission had offered Gazprom a Ukraine-supported version of a new ten-year transit agreement with an annual volume of 60 billion cubic meters of gas. However, Russia is favourable to a shorter period, since it plans to launch in 2020 the Nord Stream 2 pipeline. In addition, the launch in January 2020 of another gas pipeline, the Turkish Stream, between Russia and Turkey, risks to further reduce the volume of gas passing through Ukraine.

Ukraine therefore fears a fall in the volume of Russian gas crossing its territory and the payment of transit fees and seeks to obtain a contractual commitment from Gazprom over several years. Thus, the agreement reached on December 20 is a compromise as it would a cover a five years period.

The Ukrainian Minister of Energy assessed on December 24 the amount of income from transit tariff at USD 15 billion over five years.

The final agreement was preceded by several rounds of consultations in Brussels, Vienna, Berlin and Minsk, with the European Commission as intermediary.

The meeting with the participation of the European Commission, the German authorities, the delegations of Ukraine and Russia on December 19 in Berlin started at 12 noon and lasted nine hours.

The meeting was attended by the chairman of the board of directors of Gazprom Alexey Miller and the Russian Minister for Energy Alexander Novak. The Ukrainian Minister of Energy and Environmental Protection Alexey Orzhel and the Executive Director of the state-owned Naftogaz, Yuriy Vitrenko, represented the Ukrainian side.

The talks were hosted by Peter Altmayer, German Minister for the Economy, Georg Graf Waldersee, Federal Government Commissioner for the transit of gas through Ukraine, as well as by Marosh Sefchovich, Vice-President of the European Commission.

“The agreement signed yesterday covers the key provisions necessary to continue the transit of Russian gas through Ukraine to Europe after 1st January” said a representative of the press service of the European Commission during a press briefing on the results of the Berlin meeting of December 19.

On December 20, the Russian Deputy Prime Minister Dmitry Kozak joined the talks held in Minsk and led by Gazprom Chairman Alexey Miller and the  Russian Energy Minister Alexander Novak with the Ukrainian side.

The Russian state-run company Gazprom, was condemned by arbitral awards rendered by the Arbitration Institute of the Stockholm Chamber of Commerce in December 2017 and February 2018 to pay USD 3 billion to the Ukrainian Naftogaz. But Gazprom has appealed the decisions, and a further hearing is scheduled to take place in February 2020, which gives the Russian gas company hope to have the outcome of the previous proceedings reviewed.

Andrey Ermak, adviser to Ukrainian President Volodymyr Zelensky, said on the evening of December 20 that Ukraine would receive a payment of USD 3 billion in accordance with the Stockholm arbitral awards condemning the Russian Gazprom.

An information meeting organized by the Ukrainian Minister of Energy Alexey Orzhel and the Executive Director of Naftogaz Yuryi Vitrenko on December 21 gave more details.

The end of litigation

On the Russian side, the head of Gazprom Alexeï Miller added told journalists that : “In accordance with the protocol on gas cooperation, Gazprom and Naftogaz will sign an agreement on the settlement of mutual claims under existing contracts, thus balancing the interests of the parties […]“.

Alexeï Miller added that “the settlement agreement provides for the waiver of new claims, the recall of arbitration and legal claims in which there are no final decisions and the payment ordered by the arbitral awards rendered in Stockholm.“

In addition, the Russian Gazprom and the Government of Ukraine would be ready to sign a settlement agreement, according to which the claims of the Antimonopoly Committee of Ukraine will be lifted. At today’s exchange rate, the Ukrainian antimonopoly claims against Gazprom are worth USD 7.4 billion.

Following these agreements, Gazprom would sign contract and pay Naftogaz about USD 2.9 billion, in accordance with the arbitral awards. This should be done before December 29, said the Executive Director of Naftogas during a press briefing.

The Antimonopoly Committee of Ukraine has fined Gazprom for allegedly abuse of its monopoly position in the gas transit market in the period 2009-2015 by 86 billion hryvnias. A Kiev court then ruled to enforce 172 billion hryvnias with late fees. Ukraine began the process of recovering Gazprom’s assets in the country in 2017. Gazprom, at the same time, decided to file claims before Ukrainian courts against the actions of the Ukrainian Ministry of Justice which has seized seize the Gazprom’s assets in Ukraine and forced their sale. Arbitration hearings were scheduled for June 2021 in Geneva.

Gazprom and Naftogaz may consider the possibility of supplying Russian gas to Ukraine with pricing based on the German gas hub NCG.

The Ukrainian Minister of Energy Alexey Orzhel announced that under the new contracts to be signed, the tariff for the Russian gas transit through the Ukrainian territory will be increased.

The gas price will be formed with the exception of a reasonable discount taking into account the volume of Russian gas deliveries. In this case, deliveries will be possible subject to the full implementation of transit agreements.

Gazprom will sign an inter-operator agreement with the Ukrainian GTS Operator, while Naftogaz will sign a transportation agreement for booking the gas transmission system (GTS) capacity in Ukraine. Naftogaz will act as the transit organizing company, thereby taking on the risks of the transition period.

The Head of Gazprom also noted that the European Commission guarantees compliance with EU standards for regulating the gas transportation in Ukraine. The Ukrainian side guarantees the independence of the regulator, the protection of the interests of the transit customer, the predictability and the economic feasibility of the tariff formation, in accordance with the EU regulations.

The Ukrainian GTS operator and the Russian Gazprom held bilateral consultations in Vienna on December 21 over a draft inter-operator agreement.

Naftogaz confirmed on December 27 that it received the USD 2.9 billion payment from Gazprom, as agreed in Minsk on December 20. This amount was awarded by arbitration rendered in Stockholm in December 2017 and February 2018.

On December 27 the Ukrainian Cabinet approved the signature of the draft settlement agreement reached by Naftogaz and Gazprom on December 20.

This agreement settles all the mutual claims, including the antitrust proceedings against Gazprom before the Ukrainian Antimonopoly Committee with a USD 7.4 billion fine at stake, for abuse of its monopoly position in the natural gas transit market in Ukraine.

The negotiations on the gas transit agreement were still going on December 29, as revealed Andriy Kobolyev, CEO of Naftogaz. Both parties discuss the technical parameters.

The new contract is expected to be signed before January 1st, when the transit current regime expires.